He calls his music “the new wave of southern rock and soul music.”

Save for Queen’s Brian May, Blangero is perhaps incomparable in all the world. Like May—Queen’s guitarist—Blangero is not only a brilliant, entirely original musical artist but also a world-renowned scientist (May is an astrophysicist) specializing in genetics research. 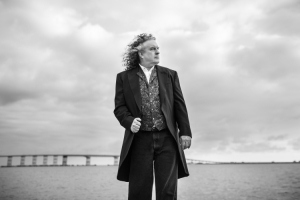 Blangero’s music draws from his own southern family roots, the literary genius of William Faulkner, the bluesy compositional brilliance of George Gershwin, the blue-eyed soul of Elton John, and the funky rhythms and horns of 60s-70s Muscle Shoals. Soaring electric guitars add spice to this gumbo. It is a unique fusion of innate design with heartfelt musical expression— “the Genetics of Soul.”

“With this album, Sun King Rising has made a quantum leap,” says Katona. “Musically and lyrically, Signs & Wonders rocks hard while engaging the imagination. It is thematically coherent, complex, and sophisticated.”

Blangero attributes this to the vastly improved circumstances under which Acker was able to produce it. “We started recording the first album in January 2020. Two months later, the COVID-19 pandemic locked the whole world down,” he says.

Coping with resulting restrictions on travel and meetings forced Blangero and Acker to complete the production remotely, with thirty-two different players and singers recording in multiple studios across the country. Says Blangero, “It was a logistical challenge, to say the least.”

With Signs & Wonders, the production team had no such hurdles. Recording again at Pittsburgh’s Maplewood Studio with engineer David Granati at the helm, Acker put together a full 5-piece band, a horn section, and a background chorus with the city’s most acclaimed talents. “Most of the cuts on the album we recorded live at Maplewood, with the same band,” Acker explained, “resulting in a far more consistent sound. The logistics were a breeze.”

Signs & Wonder is a collection of Blangero’s southern noir stories set to music, with a cast of colorful characters, intrigue, tales of sin and redemption, murder without justice, and love without limits. Had William Faulkner and Tennessee Williams been lyricists, they might have written deeply nuanced musical stories like Sun King Rising’s.

The album’s first single, “No. 6 Magnolia Avenue,” is classic 60s/70s horn band pop in the vein of Chicago, Spiral Staircase, and Blood, Sweat and Tears. 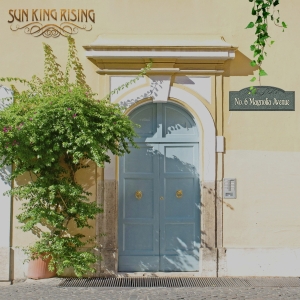 Concurrent with the single’s release, PeacockSunrise will debut its cinematic music video directed by Dante Ludovici, the man behind the cameras for the official “Free Will in China Blue” video from the first album, as well.