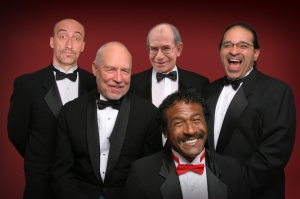 “This is going to be the most exciting tour of my entire career!” – Don Preston

The Grandmothers of Invention promise a night of thorough entertainment, featuring virtuosic playing, bizarre humor and the performance of many Zappa/Mothers beloved compositions; not only re-creating the music as was originally written and produced, but also breathing new life into it as well! Get ready to hear such Zappa penned classics as “I Am The Slime”, “Muffin Man”, “Florentine Pogen”, “Andy”, “Trouble Everyday”, “Village Of The Sun” and many, many more.

“Once again, after all of these years, be able to witness this music preformed as it was intended. TOTAL MUSIC THEATER.” – Napoleon Murphy Brock

The Grandmothers of Invention tour dates:

The Grandmothers of Invention have signed with Robert Duffey Management and plans for a full scale tour of the West Coast is currently in the works.

Leave a comment | posted in Press Release, The Grandmothers