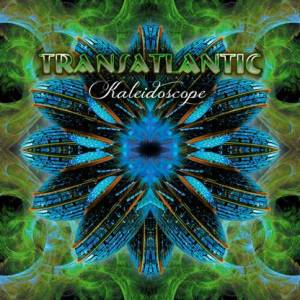 Good things come to those who wait. Transatlantic fans are accustomed to playing the waiting game, and their patience has been rewarded with the band’s fourth official studio album, Kaleidoscope. Steeped in vibrant prog rock organics, it’s a triumphant return to the band’s original creative style.

The beloved prog rock project featuring Neal Morse (ex-Spock’s Beard), Mike Portnoy (The Winery Dogs, ex-Dream Theater), Roine Stolt (The Flower Kings) and Pete Trewavas (Marillion), Transatlantic’s foundation was built in 1999 with the release of their debut album, SMPT:e, in 2000. A second studio album, Bridge Across Forever, solidified their position as prog’s definitive supergroup. It would be nine years before Transatlantic’s fans were rewarded with a new studio album: 2009’s The Whirlwind, the band’s most popular release to date. Following the subsequent tour, spawning two live DVDs, the band decided to record a new studio album as soon as they could.

“There was talk about a year ago about doing an album before we actually did it,” reveals Morse. “I was feeling it for a while. Some of the music that ended up on my Momentum album (2012) seemed like good material for Transatlantic. Roine and my schedules have a little more space in them, and Pete and Mike’s schedules finally aligned, so we were able to put this together. I’m just glad we got to do it again and I’m really happy with the way the album came out.”

Morse, Portnoy, Stolt and Trewavas shared equally in the songwriting, with Portnoy ultimately sifting through the material and picking out what he felt was best. For the most part, the music that fans hear on Kaleidoscope (and all of their previous albums) was created for Transatlantic. There are, of course, exceptions. “I wrote the second song on Kaleidoscope, “Shine,” before my Momentum album came out,” says Morse. “I thought about recording it for myself, but it just smelled of Transatlantic. I presented it with two other acoustic songs, and that’s the one the other guys chose, as well.”

The band convened at Neal’s studio in Tennessee; writing, arranging, and laying down the final drums and bass. Morse offers, “At this stage, we sketch out the house and build the foundation. Then Roine and I go off to our respective studios and do what we need to. We send those parts, including vocals, back and forth via the internet; but the writing is done together in Tennessee. We just go from the gut, and I think it’s an amazing process of trusting each other. There’s no shortage of ideas; it’s more like which ideas do we want to use?”

As the fans have come to expect, Kaleidoscope is also available as a Special Edition featuring eight uniquely Transatlantic cover songs. “I don’t know how it started,” Morse says of the cover song tradition. “But we’ve done it for every album. It’s a lot of fun because most of the time it’s simpler music than what we’re mainly involved with.”

There are points during the journey through Kaleidoscope where the listener will be reminded of artists like Yes, early Genesis, and even Styx. But in the end, the album is distinctly Transatlantic before it can be compared to anyone else.

“I think that comes from the different ingredients,” says Morse. “It’s the four of us from all over the world—with our different backgrounds, cultures and musical history—that makes this band totally unique.”

The band will embark on a six-week world tour January 31 – March 15, with an additional performance at the Sweden Rock festival June 4-7. They will be joined by Pain of Salvation’s Daniel Gildenlöw as a 5th touring member. The tour will include headlining the Progressive Nation At Sea 2014 Cruise,February 18-22, alongside 22 other leading prog acts including Adrian Belew Power Trio, Devin Townsend Project, King’s X, Anathema and Spock’s Beard. The event will also feature a special performance of Yes material by Transatlantic with legendary singer Jon Anderson on vocals.

An Evening With Transatlantic 2014 World Tour

Says Neal Morse, “We are all completely excited about the ‘Kaleidoscope’ album and our upcoming tour! This will be a mind blowing experience for us and the audience for sure. We’ve never taken on a tour of this scope before and the album is crazy good so we are looking forward to playing this new material all over the world.”

The track-listing for the forthcoming record is as follows:

The band will also embark on a 6-week World Tour that will see them joined once again by Pain of Salvation’s Daniel Gildenlöw as a 5th touring member. As part of the extensive tour, the band will also headline the Progressive Nation At Sea 2014 Cruise from the 18th till the 22ndFebruary alongside 22 other leading Prog acts including Adrian Belew Power Trio, Devin Townsend Project, King’s X, Anathema, Spock’s Beard and many more. This unique performance will see the band performing a very special encore of classic Yes material with the legendary Jon Anderson on vocals. You can find more details on PN14 here: http://www.progressivenationatsea.com/ 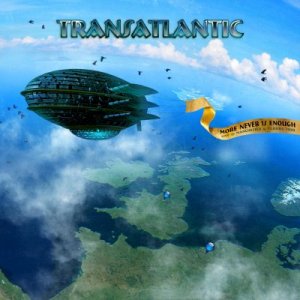 If you thought Transatlantic – Whirld Tour 2010: Live In London was the ultimate TA experience for a live DVD, well you are going to find out different if you pick up this immense 3 CD/2 DVD set More Never Is Enough.

Neal Morse (keys, acoustic guitar, vocals), Roine Stolt (guitars, vocals), Pete Trewavas (bass, vocals), Mike Portnoy (drums, vocals) and Daniel Gildenlow (keys, guitars, vocals and percussion) are the band that went on tour and consequently captured some of their best moments on stage at one of their favorite venues in Tilberg, Norway.

Transatlantic was in their finest form at these gigs. They climbed the mountain and made it to the absolute peak with this release. As these gods of prog look down upon us mere mortals they planted their flag in the fertile earth of progressive rock, forever leaving their mark upon our senses and souls. No, that is implying something other worldly and being too over the top, this was indeed an epic and beautiful set. This collection serves as a definitive piece of evidence, a literal foundation from which everyone else that creates music like this should endeavor to create and capture for their fans on CD and DVD. It is a treasure trove of archetypical prog rock that you quite simply cannot miss and if you do get it you can then claim to be amongst the prog lovers in the circle of knowing, that collective consciousness in the music universe that we all tap into. If not, as they say over in England, you are a punter. The timing for this release just fuels the fire that is now burning out of control for this prog rock renaissance we have become immersed in.

The two DVDs are in the stratosphere on a performance level, and that is at every position in the band. The extended jams are things that dreams are made of and any aspiring musician or enthusiastic prog fan will be salivating while all this takes place before their eyes. And if all that is not enough you can step away from the visual experience and listen to every performance on the 3 CDs. When you listen to some of the runs guitarist Roine Stolt goes on its not hard to see how each member inspires the other to reach for the stars with their given instrument with each composition. And that is exactly what they do consistently throughout these performances.

Every band member is so inspired, you can see it, feel it, and hear it each performance. This collaboration called Transatlantic has proved time and again that is it magical and their innate abilities to deliver spot on improvisation is their ace in the hole.

Their second encore in Tilberg was the legendary Genesis track “Return Of The Giant Hogweed.” This was the first time the band performed it live (without Steve Hackett) and it turns out very well. In fact, in the intro to the set from Neal Morse he states that the fans at the show were singing all the words and that they are real prog fans.

“The Whirlwind” is an epic track custom built for these talented musicians and believe me they take every opportunity to find their own niche in songs like this, to their credit, without stealing the show from anyone else. Their chemistry and brotherhood within the band is clearly on display at all times. There is a bountiful amount of music and concert experiences to enjoy here if you are fan of the band or prog rock. This one is going to be nearly impossible to top but for all us prog rock freaks it is so true, More Never Is Enough.

Tracklisting:
Disc One: The Whirlwind (79:45): Overture/ Whirlwind / Wind Blew Them All Away / On The Prowl / Man Can Feel / Out Of The Night / Rose Colored Glasses / Evermore / Set Us Free / Lay Down Your Life / Pieces Of Heaven / Is It Really Happening? / Dancing With Eternal Glory/Whirlwind (Reprise)

DVD One: Transatlantic Live In Tilburg: The Whirlwind

DVD Two: Transatlantic Live In Tilburg: All Of The Above / We All Need Some Light / Duel With The Devil / Bridge Across Forever / Stranger In Your Soul / 2nd Encore: Return Of The Giant Hogweed (Genesis)