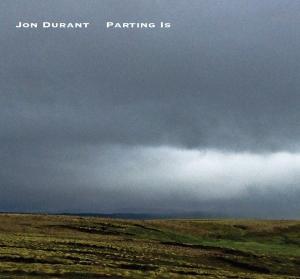 Boston, MA – Following three acclaimed CDs with his group Burnt Belief, Jon Durant has returned with his first solo album since 2011’s “Dance of the Shadow Planets.” Unlike his previous solo albums, however, “Parting Is” is a completely solo guitar album.

A deeply emotional and personal record, “Parting Is” takes the idea of a solo guitar album and transforms it into a stunning sonic landscape of texture and color. Many of the sounds on the album bear no relationship with traditional guitar, but there are no synthesizers employed at all. Everything is played by Jon Durant on guitars (with Durant also playing fretless bass on four pieces).

Durant commented: “In recent years, I have been spending a lot of time away from people and places I love very much. My two boys are out of the house, one graduated college and the other is a senior in college this year. We have a wonderful time when I get to see them, but then they go away and there is a bit of a pang as we part. Also, we have a second home on the other side of the country (Portland, OR) where I spend a fair bit of time, and is also where much of this album began. Frequently my wife will join me for a long weekend, and I will stay on for another week or so, and of course there’s the sadness when we part. What is reflected in this music is the sweet sorrow that comes from this parting – recognizing that it’s temporary but still longing for more time together.”

About the music, Durant stated: “On most days, one of the first things I do is grab a cup of tea or coffee, and begin to experiment with my guitar. The music that comes out is not done with any intention of becoming a composition, or a recording, but is rather more of a meditation. However, a friend heard a brief recording of one such piece and asked why I didn’t record more of them. When I began to do so, I felt a pattern was emerging that might be worth exploring.

“Many pieces begin as loops that I would play a melodic lead over. I recorded several of these, then began to deconstruct the loops and record the various parts as separate components which could become less loop like and more dynamic and flowing. The track, ‘Open Window’ is a perfect example of how that played out.”

That track, “Open Window” also provides an opportunity to explore the unusual sound and textures that Durant creates. The primary guitar which began as a loop is an electric 12 string. From there, multiple electric 12 string parts were layered in a minimalistic way. The melodic guitar is a fretless electric guitar, and the low tones (which sound a bit like the old Moog Bass Pedals) are generated from the fretless guitar. Also, swirling around in the background are Jon’s unique cloud guitar sounds, notes which hang in the air like clouds with no discernable beginnings or endings. 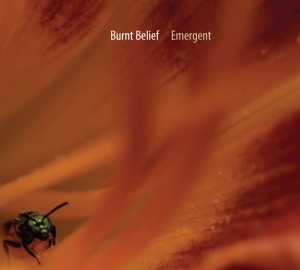 Boston, MA – Inspired by the unspoken and hidden truths behind our daily reality, “Emergent” is the third in a trilogy of collaborative works by bassist Colin Edwin (Porcupine Tree/Metallic Taste of Blood/O.R.k etc) and experimental US guitarist Jon Durant, under the working name Burnt Belief.

Says Jon Durant, “One of the things that makes Burnt Belief unique in the world of instrumental progressive rock/fusion oriented musics is that we are not at all focused on displays of chops, but rather focus on trying to tell stories through the music. The title, ‘Emergent’, is a reference to the theory that consciousness is an emergent property of a functioning neurosystem. Colin and I both share a fascination with how the mind works and the ways that hidden processes and background information can subtly influence more obvious conscious thoughts without our being aware of it. Similarly, throughout the album, there are very subtle background elements that have in some way directly informed the bigger picture of the compositions.”

Colin Edwin adds, “With instrumental music, any meaning is obviously less explicit than when lyrics are present, but as we neared completion of the album, it became apparent to me that the majority of pieces on ‘Emergent’ have elements of unresolved tension or darker moments somewhere below the surface. Something I have noticed more and more is that there are many seemingly straightforward things which, on closer inspection, turn out to be really quite complex and insoluble, and I have started thinking of the album as bringing out the feeling of suddenly seeing more than you expected and having an expanded view coming into focus. This expanded view isn’t necessarily optimistic however, so for me the image of an aggressive looking insect appearing inside a pretty looking flower on the cover is perfect.”

“Emergent” amply rewards repeated listens, unveiling it’s layered coalescence of antithetical components gradually, such as the discordant conversational flexes between upright bass and electronic percussion during “Until the Stars Go Out”, or the measured rhythmic resolution during “Confidence of Ignorance”. The nine and half minute title track, which unfolds gradually and explores an unhurried yet palpable tension, is a thought provoking meditation on the unstoppable changes around us all, “Emergent” is a genre defying journey for intrepid listeners keen to explore new musical territories.

Packaged in a cardboard sleeve pack with a four page booklet.

Colin Edwin is best known as founder member and bassist of the internationally successful , long time progressive rock favourites Porcupine Tree. Outside of Porcupine Tree, as well as solo work and various guest spots, Colin’s unique and creative bass playing have lead him to collaborate frequently with like minded and inventive musicians, including (former Henry Cow) multi – instrumentalist and reed player Geoff Leigh (as Ex-Wise Heads), fellow bassist Lorenzo Feliciati in the critically acclaimed duo Twinscapes, and most recently Endless Tapes with drummer Alessandro Pedretti. Colin is also a member of the intense and genre defying band Metallic Taste of Blood, with two albums to date on Rarenoise Records, as well as playing and recording with metal pioneers Obake. In 2015 he formed the band O.R.k. alongside King Crimson drummer Pat Mastelotto, vocalist LEF and guitarist Carmelo Pipitone from Italy’s cult “anti-folk” band Marta Sui Tubi. 2016 has so far seen Euro and South American dates with O.R.k. and also the release of Colin’s adventurous collaboration (as Astarta/Edwin) with top Ukrainian female vocal duo Astarta, drawing heavily but expanding on their earthy Slavic folk roots.

In closing Jon has this to impart, “Most importantly, I’d like listeners to actively listen with an open mind. Good speakers or headphones are a particular plus, as there’s a lot going on that’s worth paying attention to. Our music can take you on a very compelling journey if you’re willing to let it.”

Colin adds, “I always believe that people will find their own relationship with any piece of art, music, book or film and it’s usually more powerful and meaningful that way, so any messages usually work best when they are to be uncovered and discovered rather than being upfront. If we have successfully created an all encompassing ‘sound world’ that takes people somewhere else when they hear it, I consider it a success. After all, doesn’t music exist to express what words can’t?”

Video for “Dissemble” (from Etymology):

Video for “Semazen” (from Burnt Belief): 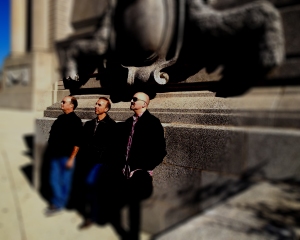