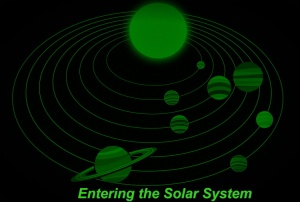 9 Songs For The 9 Planets Of The Solar System and One track featuring original sounds from Mars!

Athens, Greece – Experimental musician and author Billy Yfantis, releases the Sci-Fi/Space album entitled “Entering the Solar System”. The album features 9 instrumental tracks composed for the 9 planets of the Solar System, plus 1 track called “Landing” consisting of re-worked sounds that were originally recorded on the planet of Mars by NASA. The album was composed and recorded in Athens, Greece by Billy Yfantis who used a mix of virtual instruments and field recordings. Each track represents the sonic aesthetic perception of each planet while “Landing” is the re-editing of sounds created by InSight’s robotic arm as its camera scanned the surface of Mars.

The Solar System was formed 4.6 billion years ago from the collapse of an enormous interstellar cloud. The majority of the system’s mass consists of the Sun along with the other 8 planets: Mercury, Venus, Earth, Mars, Jupiter, Saturn, Uranus, and Neptune. The whole scientific concept was a major influence for Billy Yfantis who is deep into Science since he is an active researcher of the University of West Attica. Billy commented on the new release: “Although my Ph.D. research is on a different field, Astronomy and Space have always been my passion. I believe that it was time to explore Space musically through the path of the virtual music technology.”

Billy is already working on the creation of several promotional videos to visualize the Sci-Fi experience of the new album. In the meantime, check out a promotional video for the older track “Floating in Space” (The Noisy Whispers Compilation album) that was recently posted on YouTube: https://www.youtube.com/watch?v=LFYXic9xT1s

The new album features Space music with songs that vary from Film Music, Ambient, to Krautrock. The only way to understand the spirit of the album and visualize this interstellar exploration is to follow the instructions:
Grab your headphones!
Relax!
Tune in!
Enjoy an out of Space experience!

About Billy Yfantis
Vasileios (Billy) Yfantis holds 2 Master Degrees in Information Technology and is a Ph.D. candidate in the University of West Attica by conducting research on e-government. Billy has been working on music since the late 1990s by experimenting with tape mixing and sound design. Billy is playing digital keyboards, but prefers to express his artistic dream through the electronic sounds that come from unusual machines. He has experimented with the recording of vacuum cleaners, electric blenders and other strange sounds that have resulted in musical releases. Moreover, Billy has authored books on music, business and science while from times to times he speaks about the electronic governance at scientific conferences all over Europe.

Krautrock legend Harald Grosskopf (Ash Ra Tempel, Klaus Schulze, Cosmic Jokers): “I always like electronic music made by younger musicians who consequently follow their personal instinct, rather than trying to copy what’s already been made in the past, in the spirit of: Whenever you meet Buddha kill him. Keep on tracking Billy!”

Phil Lanzon (Uriah Heep): “I like the track ‘Waiting for the battle.’ Great riff. I can see this as soundtracks to Psycho – punk movies and the like.”

Steve Whitfield (Producer and engineer of The Cure, The Mission UK): “This music is crying out to be used in films but at the same time it’s great to just sit back listen and immerse yourself in them without any moving images and let your imagination run wild!” 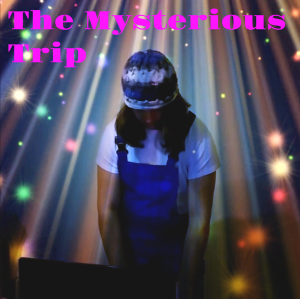 Athens, Greece – Experimental musician and author Billy Yfantis, reveals a new digital single entitled “The Mysterious Trip.” The song is an exploration of the analog synth sound as it was defined by artists such as the Tangerine Dream, Vangelis, Klaus Schulze and other pioneers of the experimental electronic music. The recording of the song took place in Athens, Greece during a mysterious and trippy live session.

Billy commented on the new release: “After the experimentation with strange sounds and machines, I decided to invest time and effort in straight edge electronic music. A late midnight live session close to a noisy Athenian road, led to the decision about this recording. It is a mysterious trip to isolate yourself from the surrounding noise and focus on your emotions.”

Billy Yfantis also released a new video so as to visualize aesthetically the analog synth sounds of his new track. The promotional video deals with the concept of the analog machines from the 1970s era.

About Billy Yfantis
Billy Yfantis holds 2 Master Degrees in Information Technology and has been working on music since the late 1990s by experimenting with tape mixing and sound design. Billy is playing digital keyboards, but prefers to express his artistic dream through the electronic sounds that come from unusual machines. He has experimented with the recording of vacuum cleaners, electric blenders and other strange sounds that have resulted in musical releases. Moreover, Billy has authored 6 books on music, business and science while from times to times he speaks about the electronic governance at scientific conferences all over Europe. 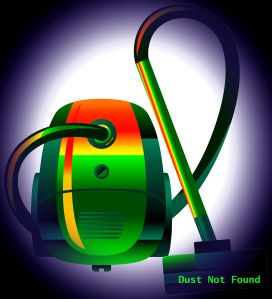 Greece – Greek experimental music artist Billy Yfantis continues experimenting with unconventional sounds that operate as a medium to create electronic music. This time the inspiration comes from a vacuum cleaner, an object which tends to be more useful than you may imagine. Billy recorded the physical sound of his vacuum cleaner and also embedded a futuristic synthesizer to create the composition “Dust Not Found”. The whole result sounds like a psychedelic trip into Krautrock and John Cage’s controversial music.

The track was recorded a few hours after the arrival of 2017 when everybody was outside celebrating the new year. Billy stated regarding his new composition: “I prefer to record the sounds made of objects that end up in the recycle bin of the houses, but boost a personal excitement to re-use them as a medium to create music. Music creation as perceived by most creators is actually a Matrix made by labels and managers. The real challenge is to read between the conventional lines of music commercialism.”

Billy started recording sounds from the late 1990s by experimenting with video game sounds and environmental soundscapes. The next recordings are already on the way and there are also plans for the live performance of the whole concept.

Billy Yfantis is playing electric guitar and synthesizer, but prefers to express his artistic dream through the electronic sounds that come from electronic machines. As an electronic musician, he started experimenting with tape mixing and sound design in the 1990’s, although the first official releases arrived later. In 2003 he released the demo “Look What The Cat Mixed In” under the project name of Hanoi Cocks which included remixes of famous Glam songs along with the use of cult movie samples. That demo gained publicity from the local Greek press by being voted as one of the best demos of the month at the Greek magazine Metal Hammer. In 2004, Hanoi Cocks released a second demo with more remixes and personal material.

After spending a decade in science and music studies, he returned officially in the discography by releasing the single “The Missing Link” in 2015. The music style of Billy Yfantis varies from electronica to experimental / avant garde music and he has released four singles until now. Nowadays, Billy experiments with physical sounds of everyday machines such as vacuum cleaners and electric blenders. He considers music as a medium to recycle sounds that end up in the waste bin of the nature instead of becoming an innovative way of entertainment.