Category Archives: Until The Sun 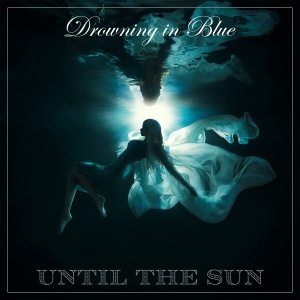 Blues-Rock band Until The Sun will be releasing their highly anticipated second album titled “Drowning in Blue” on April 20th. The new album touches on the depths of human emotion, in the face of sorrow, love, betrayal, overcoming adversity, infatuation and existential collapse.

Until the Sun, a Rocking Blues band, was formed in 2017. Their music includes and often fuses elements of Blues, Alternative Rock, Pink-Floyd-esque Psychedelia, and Jazz. Until the Sun quickly began playing national shows, has opened up for famous Blues and Rock artists, and has played world renowned venues.

Until the Sun released their first album, ‘Blackheart’, in 2019 and just completed their second album ‘Drowning in Blue’. Brandon, Bruce, Chris, and Alyssa all poured their hearts and souls into striving for what was before unattained levels of musicianship, songwriting, tone, performance, and reaching new levels of professionalism that continues to develop.

Says Brandon, “We did all the recording ourselves in our studio. Bruce recorded, engineered, and mixed everything. It was a long process that took over a year. We were perfectionists when it came to the performances and quality. We wanted to create something that would stand the tests of time and make something as close to a blues-rock magnum opus as we were capable of. We kept going back again and again to try and make everything perfect. We got some good production notes from Josh Smith, the blues guitarist out of LA, who gave a lot of helpful advice. About half way through the recording process, Alyssa Swartz joined the band as a second vocalist. We had a female vocalist who was featured on a few songs off our first record, Blackheart, because we like the two-vocalist dynamic, and think it brings a deeper dimension and greater dynamic to the music. So, after she joined, we went back and rewrote some of the lyrics from a female perspective and re-recorded vocals on all the songs she sings on – as well as background vocals on some of the songs Bruce sings.”

As far as writing the songs, Brandon wrote the lyrics and the initial musical ideas of the songs and Bruce, Chris and Alyssa all helped develop them further, each adding their own element. The band poured out their heart and soul into it, and they think it will resonate with the audience.

Says the band, “This is our contribution to a style of music that’s nearly 100 years old and the songs are simply a passing glance at the human condition.”

In support of the release Until The Sun has a show booked almost every month in Arizona, but now that things are going to start opening up, they plan to book some smaller tours along the west coast and the southern United States when everything returns to ‘normal’ again. They have a new music video being released soon for the song “New Delilah” which is featured on the album. More video releases are planned in the near future as well.

“Until the Sun is a band that is as subversive as they come. While embracing the traditional Blues playstyles, the band adds aspects of alternative rock, psychedelia, and jazz to the mix.” – Buzz Music

“An honest take on that great southern trendkill that is delta deep and crossroads strong, Until the Sun twist that with modern flair into a style all their own with a raucous and gritty track that needs multiple listens just to take it all in.” – Ryan Martin, Jammerzine.

“Until the sun put out a stellar debut record” – Andrew Daly, Vinyl Writer

Leave a comment | posted in Press Release, Until The Sun