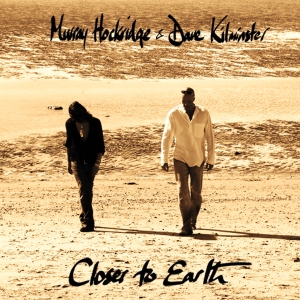 London, UK – Now available! Vocalist Murray Hockridge and guitarist Dave Kilminster just released their first album of beautifully crafted acoustic covers titled ‘Closer To Earth’ on Killer Guitar Records, via Cherry Red Records. As fate would have it, a chance meeting brought these two musical innovators together for this special project. Says Dave, “This is essentially an album of acoustic covers, where we’ve taken some songs that we love and reconstructed them in a unique way. Also, it’s an interesting format too, as I can’t think of another acoustic duo where they both play guitar, sing lead vocals and throw in some crazy soloing too!”

“The creative potential when you find this kind of chemistry is truly open ended,” enthuses Murray (vocals, rhythm guitar & production), “there are so many combinations of instruments and voicings we can call on, both in the studio and on stage – there are no limits.”

Murray’s three-octave voice is absolutely breathtaking and appears utterly effortless. Although a talented songwriter, interpreting other writers’ songs is very much in Murray’s DNA. His dynamic, soulful vocal approach on this album unites an unlikely array of classic tunes from many different genres in a deeply evocative way. In combination with Dave Kilminster’s beautiful guitar work, the sound is both spellbinding and unique.

Says Dave, “I met Murray a couple years ago, and just thought that he had the most incredible voice…and so one day we decided to jam together, and there was this instant magical connection… It’s almost like ESP! We always have such a great time playing together too, and the audience can sense that…and there’s literally no limits to the directions we can take the songs in when we’re improvising.”

Best known for his work with Roger Waters and Keith Emerson, Dave Kilminster is a gifted guitarist and songwriter. His debut CD release ‘Scarlet’ garnered rave reviews from fans and music critics alike worldwide. Dave is also proficient at keyboards, bass and drums; all of these skills he infuses with his own unique blend of elegance, grace and raw passion. ‘Closer To Earth’ was recorded around Dave’s commitments to Roger Waters ‘The Wall’ tour.

Individually, these two musicians have a enormous amount of talent and a mesmerizing stage presence. The duo’s impressive new CD is sure to please music listeners worldwide!

In closing Dave has this to impart, “I am so incredibly proud of this album… It is definitely one of the best things I’ve ever done. If you’re tired of hearing auto tuned, computer generated bleepy crap on the radio, then this really is the perfect answer.”