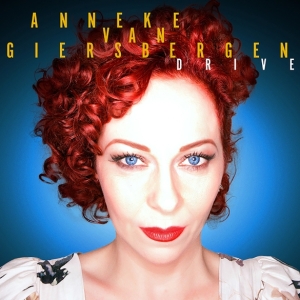 Los Angeles, CA – Dutch singer Anneke van Giersbergen has premiered a new video for “My Mother Said”. The song is from her critically acclaimed latest album ‘Drive’, which will be released in the US on October 15, 2013. The video was directed by fellow Dutchman Raymond van Olphen, the photographer also responsible for ‘The Road To Drive’, an access-all-areas look at the journey she went on to craft her fifth solo studio album.

Anneke had the following to say about the video, “This is a very personal song for me. The lyrical content is inspired by talks I had with my parents as a young adult, but it’s also a ballad of parental affection. That’s why we used some old 8mm footage of me as a baby and as a young child.”

Anneke is also pleased to announce that she will be taking part in the first annual Progressive Nation At Sea 2014, which is due to take place between the 18th and 22nd February. The cruise also includes frequent collaborator Devin Townsend, as well as Transatlantic, Spock’s Beard, King’s X and many more. For more information and tickets, check out http://www.progressivenationatsea.com

Talking of label-mate Devin Townsend, he recently recorded a special message for Anneke which you can check out below, as she makes an appearance on his stunning forthcoming DVD of The Retinal Circus. Watch that here:

Anneke and her band will also be touring Europe in support of the new release later this year, and full details of the tour can be found below:

Los Angeles, CA – This October 15th, Dutch singer-songwriter Anneke van Giersbergen will release her fifth studio album in the US. The first single from the as-yet-untitled LP is set to land on August 23, accompanied by a music video, and a European tour will commence in mid-October. On this follow-up to 2012’s Everything is Changing, Anneke collaborated with Dutch songwriter and producer Arno Krabman, enlisting the help of her live band to lay down the new tracks. In a time when bands are creating entire albums by transferring files online, Anneke explains that she was keen to do things the old-fashioned way: “I really wanted to record an album together with a group of musicians in a studio.” Having toured extensively with the same tight-knit group of musicians, the result is an organic sound that perfectly captures our chemistry as a band.

Having proven her credentials and immense vocal talent for 13 years as front woman of The Gathering, in 2007 Anneke felt it was time to begin her own solo career. Along with her new band Agua de Annique the charismatic singer quickly established herself as a solo artist, releasing several albums to critical and popular acclaim.

Anneke also found time to collaborate with some of her long-time friends and musical peers, lending her honey-sweet, yet powerful voice to the likes of Anathema (Falling Deeper), the eccentric Devin Townsend (Addicted!, Epicloud) and fellow Dutchmen Within Temptation (Black Symphony). 2012’s Everything is Changing was something of a milestone in Anneke’s solo career. The album, which was the first to be released under her own name without the Agua de Annique moniker, got her nominated for two Edison awards – Holland’s most prestigious music prize – in the categories ‘Best Female Artist’ and ‘Best Album’. Not only was it a success in her home country, Everything is Changing took Anneke all over the world as she toured over 25 different countries including the UK, Germany, France and throughout Latin America.

The new album shows Anneke to be on top form and more multifaceted than ever, with songs ranging from her signature intimate ballads to euphoric stadium rock anthems – and as always, her ethereally beautiful voice is the jewel in the center.