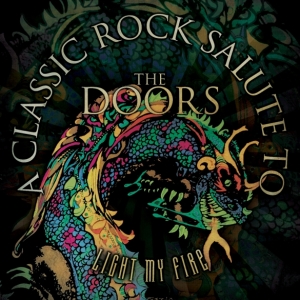 A Conversation with Edgar Winter

Mike Ragogna: Edgar, there’s a new album, Superstars Of Classic Rock Honor The Music & Legacy Of The Doors, and you played on “The Crystal Ship” with Chris Spedding. How did you get invited and what do you think of this project?

Edgar Winter: I think The Doors are one of the classic groups, and I think we’re all tempted to feel like the time in which we grew up was somehow special, but I really do believe that there were two golden eras in music: The forties and fifties of big band, jazz and swing, and the sixties and seventies of rock. To me, they’re really unparalleled. I was not that familiar with The Doors on the east coast, they were more of a west coast band. I’m from Texas originally and I moved to New York right out of high school and lived there for twenty plus years until my wife Monique and I moved out here to California. So I’m a New York Texan living in Beverly Hills. When the Doors thing came along “Crystal Ship” was still available, and that was one of my favorites so I said, “Hey, I’m in.”

MR: How did this Chris Spedding collaboration happen?

EW: With the modern miracle of Pro Tools all of these things usually end up happening without the usual interaction between musicians. That track was already done and sent to me, I loaded it into Pro Tools and did it. It’s not as glamorous of a story as I’m sure you’d like to hear, but that is the truth of the matter.