Los Angeles – The legendary UK psychedelic anarchists return with a fantastic new album led by founding Fairy Paul Rudolph! Rudolph is joined by former Hawkwind bassist Alan Davey and original Motörhead drummer Lucas Fox, who not only created a killer rhythm section for the album but added a bit of sizzling biker-rock to the mix!

Another Pink Fairies/Motörhead member, Larry Wallis, was with the band in spirit as they churned out an excellent version of his tune “Old Enuff To Know Better!”

“I’d say this journey started with Nik Turner introducing me to Cleopatra Records. I was asked about the possibility of recording a LP under the Pink Fairies banner and thought – this would be a lot of fun. Get a few people together, turn the amps up to 10 and let ‘er rip.

Larry Wallis wanted to be involved and Matt at Cleopatra suggested Alan Davey on bass and Lucas Fox on drums . It seemed like a good match considering the Hawkwind and Motorhead connections. Both Alan and I had been in Hawkwind and Larry and Lucas in the original Motorhead. We were all mates with Lemmy as well and the creative energy flowed as soon as we got to the studio in Austin.
All of this helped by Jurgen Engler of Die Kruups behind the desk with Eric the engineer.

So here it is – a spontaneous collaboration of ideas recorded mostly live. Thank you for listening.
Peace and Love” – Paul Rudolph

Pink Fairies Resident Reptiles will be released on Purple Pyramid Records on August 24th and will be available on both CD and gorgeous pink vinyl in a printed inner sleeve! 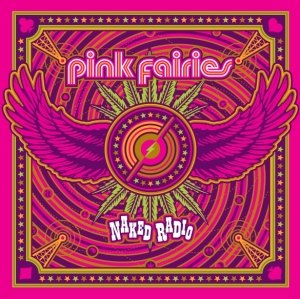 London – The legendary Pink Fairies will be releasing their new album titled “Naked Radio” on Gonzo Multimedia. It is the first studio recording by this line up of the band since “Kill Em and Eat Em” in 1987. Fronted by Andy Colquhoun (The Deviants), the band reformed in 2013 and played a number of successful UK shows through 2014 and 2015.

Says drummer Russell Hunter, “It’s over 45 years since the first studio album and nearly 30 since the last – The passage of these years is inevitably etched to some extent on all these songs, some much deeper than others. But in the final analysis, they’re all some facet of The Pink Fairies.”

The Pink Fairies are an English rock band initially active in the London (Ladbroke Grove) underground and psychedelic scene of the early 1970’s. They promoted free music, drug taking and anarchy and often performed impromptu gigs and other agitprop stunts, such as playing for free outside the gates at the Bath and Isle of Wight pop festivals in 1970, as well as appearing at Phun City, the first Glastonbury and many other free festivals including Windsor and Trentishoe.

After various line-ups through the years, now fronted by Andy Colquhoun (The Deviants), the band reformed in 2013 and played a number of successful UK shows through 2014 and 2015! And now much to the excitement of Pink Fairies fans worldwide, the new album ‘Naked Radio’ is scheduled for pre-order on October 14, 2016.

“Naked Radio” will be available to pre-order only on PledgeMusic together with other exclusive merchandise and experiences, go to this link http://www.pledgemusic.com/projects/pink-fairies to find out more. 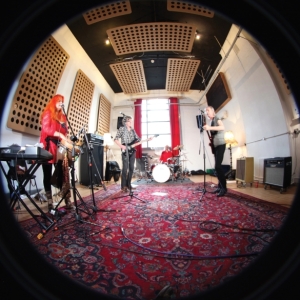