‘Disturbing the Peace: 415 Records and the Rise of New Wave,’ The Story Behind the Groundbreaking Indie Label 415 Records – New Book By Bill Kopp!

Disturbing the Peace: 415 Records and the Rise of New Wave, The Story Behind the Groundbreaking Indie Label 415 Records – New Book By Bill Kopp!

Asheville, NC – A new book, Disturbing the Peace tells the story of groundbreaking indie label 415 Records. The label founded by Howie Klein influenced other labels to follow, and it released era-defining singles, EPs and albums.

In the late ‘70s and early to mid 1980s, San Francisco was a creative incubator, bringing forth all manner of new music acts. Ground zero for the scene was the Mabuhay Gardens, home to huge barrels of popcorn, once-a-week spaghetti nights, colorful emcee Dirk Dirksen, and punk/new wave bands from all over the Bay Area. Concert booker and renegade radio deejay Howie Klein joined with Aquarius Records owner Chris Knab to launch a record label in support of that scene.

Measured in strictly commercial terms, 415 Records was at best a modest success. But then, for Klein and his founding partner Chris Knab (owner of the city’s Aquarius Records shop), financial gain was never the primary goal. Ask him about his objectives, and he’ll tell you: “F-U-N,” he’ll say. “It was all about fun.”

But 415 Records would have a lasting impact, one that extended far beyond the minor chart action that a few of the label’s artists achieved. Klein and his cohorts established new ways of doing business in the music industry, and were at the forefront of a resurgence of independent labels.

Disturbing the Peace: 415 Records and the Rise of New Wave is Bill Kopp’s chronicle of the groundbreaking independent record label founded by Howie Klein & Chris Knab, featuring the stories of Romeo Void (“Never Say Never,” “A Girl in Trouble”), Red Rockers (“China,” “Shades of 45”), Translator (“Everywhere That I’m Not”), Wire Train (“Chamber of Hellos,” “Skills of Summer”), Roky Erickson (“If You Have Ghosts,” “I Walked with a Zombie”), The Nuns, Pearl Harbor and Explosions and nearly two dozen other bands.

Featuring a foreword from Joel Selvin (Hollywood Eden) and based on Bill Kopp’s nearly 100 interviews with the artists, industry execs, producers, friends, rivals, onlookers, journalists and hangers-on, Disturbing the Peace also features hundreds of photos and memorabilia from the archives of those who were there.

Advance praise for Disturbing the Peace:

“In the late 1970s, indie labels popped up all over America, forming an underground network that altered the course of musical history. Each one had a vision, characters and a story of DIY ingenuity, but those were overlooked as their bands took the spotlight. Trouser Press worked a lot with Howie Klein and San Francisco’s pioneering 415 label, but I really didn’t know much about the company. Thanks to Bill Kopp’s definitive ‘Disturbing the Peace,’ now I do.” – Ira Robbins, co-founder of Trouser Press magazine

“The direct line leading from San Francisco’s psychedelic hippie-band era of the ’60s to the city’s punk and new wave movement of the late ’70s-’80s has never been drawn this clearly – or with this much sheer elation – before. Although they might seem to have little in common musically, philosophically or stylistically, 415 Records bands like Romeo Void, The Nuns, Translator and SVT (whose bassist, Jack Casady, had been in the earlier era’s Jefferson Airplane and Hot Tuna) followed the same guiding DIY principles, rebelliously eschewing a craving for mainstream success in favor of fomenting a true cultural revolution. ‘Disturbing the Peace’ is more than just another profile of a local rock scene or record label – it’s the story of a seismic shift, and the passions of the people who created it.” – Jeff Tamarkin, author of Got a Revolution! – The Turbulent Flight of Jefferson Airplane

“By sweeping together the minutiae of one particular music scene – San Francisco in the late 70s and early 80s, when 415 Records began and flourished – Bill Kopp manages to remind us of the way punk and alternative music blossomed into cultural forces influencing the 90s and beyond. Yes, it really happened: dozens and dozens of bands, club hoppers, radio hounds and record store geeks built and maintained a scene without the internet. This devourable, fanatically researched document is indispensable for those who were there and will gall into jealousy those who weren’t.” – Karen Schoemer, author of Great Pretenders: My Strange Love Affair with 50s Pop Music

From the author’s afterword:

415 Records was special. Not only did it capture the zeitgeist of the music scene in one of the world’s most creatively vibrant cities, but its launch, development and subsequent success served as an example (and sometimes object lesson) of the potential indie-to-major path charted by other labels to follow in its wake. And along the way, some great music got made.

Bill Kopp:
With a background in marketing and advertising, Bill Kopp got his professional start writing for Trouser Press. After a stint as Editor-in-chief for a national music magazine, Bill launched Musoscribe in 2009, and has published new content every business day since then (and every single day since 2018). The interviews, essays, and reviews on Musoscribe reflect Bill’s keen interest in American musical forms, most notably rock, jazz, and soul. His work features a special emphasis on reissues and vinyl. Bill’s work also appears in many other outlets both online and in print. He also researches and authors liner notes for album reissues – more than 30 to date – and co-produced a reissue of jazz legend Julian “Cannonball” Adderley’s final album. His first book, Reinventing Pink Floyd was published by Rowman & Littlefield in 2018, and in paperback in 2019. His second book, Disturbing the Peace: 415 Records and the Rise of New Wave, will be published in December 2021 by HoZac Books.

Disturbing the Peace will be published in December 2021 by HoZac Books. Bill Kopp is available for interviews, and PDF copies of the book are available for review. For inquiries, please contact info@415book.com 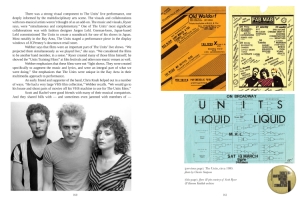 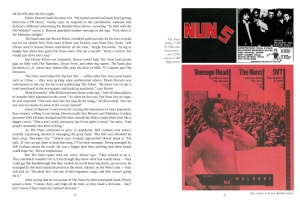 Asheville, NC – Available February 15, 2017 from Rowman & Littlefield Publishing: Bill Kopp’s new book “Reinventing Pink Floyd: From Syd Barrett to the Dark Side of the Moon.” In celebration of the 45th anniversary of The Dark Side of the Moon, Bill Kopp explores ingenuity with which Pink Floyd rebranded themselves following the 1968 departure of Syd Barrett. Not only did the band survive Barrett’s departure, but it went on to release landmark albums that continue to influence generations of musicians and fans.

“Reinventing Pink Floyd” follows the path taken by the remaining band members to establish a musical identity, develop a songwriting style, and create a new template for the manner in which albums are made and even enjoyed by listeners. As veteran music journalist Bill Kopp illustrates, that path was filled with failed experiments, creative blind alleys, one-off musical excursions, abortive collaborations, a general restlessness and—most importantly—a dedicated search for a distinctive musical personality.

“Knowledgeable, well-informed, conscientious, and sensitive. Bill has written about what really matters. Bill’s book is a great read, and well worth the price of admission.”— Jerry Shirley, drummer for Humble Pie

This exciting volume guides readers through the works of 1968 through 1973, highlighting key innovations and musical breakthroughs of lasting influence. Kopp places Pink Floyd into their historical, cultural, and musical contexts while celebrating the test of fire that took the band from the brink of demise to enduring superstardom.

The book draws on archival interviews and reviews as well as many new and exclusive interviews with Peter Jenner, Ron Geesin, Steve Howe, Jerry Shirley, Davy O’List, Willie Wilson, Robyn Hitchcock and many others.

“Combining research into their classic albums and a wealth of little-known and unofficial recordings with astute and entertaining analysis, Kopp generates fresh insight into Pink Floyd’s formative years. Even longtime fans of the band will be surprised and enlightened.”— Richie Unterberger, author of “Unknown Legends of Rock ‘n’ Roll”

Bill Kopp is a lifelong music enthusiast, musician, collector, and music journalist. His writing has been featured in music magazines including Bass Guitar, Record Collector, Prog and Shindig! (all in Great Britain), as well as Billboard, Electronic Musician, Goldmine, Trouser Press, Ugly Things and more than a dozen alternative weekly newspapers. He is the Jazz Desk Editor and Prog Editor at BLURT online, and has written liner note essays for 20 albums, including titles by Julian “Cannonball” Adderley, Larry Coryell, Edgar Winter, Rick Wakeman, The Ventures, Dave Mason and Iron Butterfly. He has interviewed several hundred musicians and music industry figures of note, and his musoscribe.com blog has features thousands of music reviews, essays, interviews and features.

“Reinventing Pink Floyd” will be available February 15 from independent bookstores and Amazon, but pre-ordering direct from the publisher saves 30%.

Author Bill Kopp is available now for interviews, and will be scheduling readings and book store appearances around the publishing date.