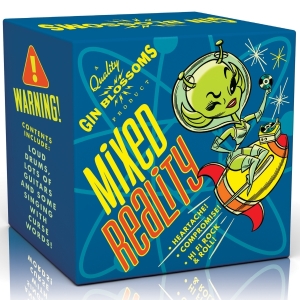 Los Angeles – Cleopatra Records will be releasing the brand new album from one of the most successful melodic alt-rock bands still making music today, Gin Blossoms! “Mixed Reality” will be released on June 15, 2018. The Blossoms recently celebrated the 25 year anniversary of their seminal, multi-platinum album “New Miserable Experience,” which spawned the blockbuster singles “Hey Jealousy” and “Found Out About You!”

Gin Blossoms’ blockbuster 1992 album “New Miserable Experience” spawned four Top 40 hit singles, and established the Arizona quintet as one of the top rock groups of that decade. More than 25 years have passed since the release of “New Miserable Experience,” and now Gin Blossoms are back with their best set of songs in years. Produced by Don Dixon and engineered by Mitch Easter, “Mixed Reality” demonstrates that the timeless appeal of Gin Blossoms’ music has endured.

Says lead singer Robin Wilson, “I knew we were recording with Don and Mitch, and I managed to hack into a young version of myself to craft songs. All of us turned in our best work in 25 years. Regardless of commercial outcome, I know ‘Mixed Reality’ is special, and that we’ve lived up to our legacy.”

Gin Blossoms formed in 1987 in the Arizona city of Tempe; guitarists Jesse Valenzuela and bassist Bill Leen were founding members. After some lineup changes, the group coalesced around Valenzuela, Leen, Robin Wilson (vocals and guitar), drummer Phillip Rhoades, and guitarist Doug Hopkins. One quality that set Gin Blossoms apart from other groups was its deep bench: four of its five members wrote songs.

In 2017 Gin Blossoms began work on their first new album in almost eight years. Longtime producer and friend of the band John Hampton had passed away in 2014, so at first the group considered self-producing. But at one of their shows, they met Don Dixon, producer of the Smithereens’ first two albums and a legend in power pop circles.

The group booked time in Mitch Easter’s Fidelitorium Studio in Kernersville, N.C., working with Dixon as well as Easter, veteran of R.E.M. sessions. Now Gin Blossoms had a producer and engineer who helped define ’80s jangling power pop, a style that exerted a major influence on the band’s own musical approach. “We needed to be shaken and taken out of our element,” Wilson explains. “Working with Don and Mitch gave us the inspiration to reconnect with the very foundations of the band: where we came from as songwriters and band mates.”

“Mixed Reality” shares the same timeless feel as “New Miserable Experience”; it’s packed with 15 songs, with Wilson, Leen, Johnson and Valenzuela all contributing material. And once again, the mix of songwriters results in something that has that unmistakable Gin Blossoms sound. “As much as we are children of our influences,” explains Wilson, “we managed to do something that was both familiar and original.”

“We’re at the point now where we play better, we communicate better, we get along more,” says Wilson. “We’re more grateful. It’s a very full-circle thing for us to be releasing ‘Mixed Reality.’” Built around the proven strategy of using the band’s deep songwriting bench, and packed with memorable songs that connect with listeners while transcending a specific time period, “Mixed Reality” may turn out to be as timeless as Gin Blossoms’ major label debut. 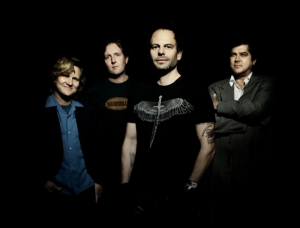 Catch the Blossoms on tour this year with special engagements alongside Vertical Horizon & Tonic!

This entry was posted on Monday, June 4th, 2018 at 17:06 and posted in Gin Blossoms, Press Release. You can follow any responses to this entry through the RSS 2.0 feed.
« Bassist John Ferrara of Prog Ensemble Consider The Source Announces June 13th Album Release, Summer Tour of New Duo Project
Italian Instrumental Ensemble Armonite Releases Second Album “And the Stars Above” »