One of the Most Sought-After Krautrock Albums, Twogether’s ‘A Couple of Times,’ Has Been Re-Released on CD and Digital Platforms – OUT NOW! 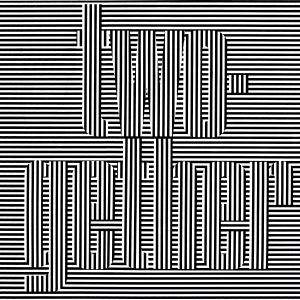 One of the Most Sought-After Krautrock Albums, Twogether’s A Couple of Times, Has Been Re-Released on CD and Digital Platforms – OUT NOW!

Twogether were a German drums and keyboards rock duo from Düsseldorf, formed in 1973 out of musicians previously in The Crew and Blue Squad. They never did many gigs and only existed for a short while after completing their sole self-produced album.

A Couple of Times is a much sought-after rarity among collectors and was released in 1973 and has been unavailable on CD for over a decade.

This 2022 remaster features new liner notes by surviving member Reinhard Fischer and has also been approved by the Klaus Bangert Estate. Two bonus tracks from a non-album single (their only other release) have also been included.

Surviving Twogether member Reinhard Fischer said “We didn’t play together long enough for something to develop from it but from the mixture of our individual ideas about music this album came into being, a bit of everything and many opposites.”

The album is also available to order here: https://www.cherryred.co.uk/product/twogether-a-couple-of-times-expanded-edition/

This entry was posted on Tuesday, October 25th, 2022 at 16:00 and posted in Press Release, Twogether. You can follow any responses to this entry through the RSS 2.0 feed.
« Stanley Clarke, Stewart Copeland, and Deborah Holland Reunite as Animal Logic After 31 Years
Rockabilly Legend ROBERT GORDON Lives On Through New Release Of Vintage Studio Recordings With CHRIS SPEDDING! »