Guthrie Govan To Be Featured Guest Artist On Prog Ensemble Potter’s Daughter’s Explosive New Full-Length Album “Close to Nearby” To Be Released On September 30, 2021! 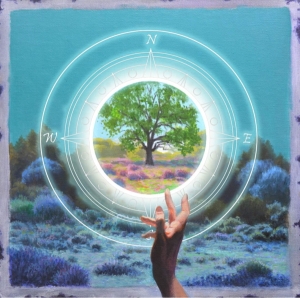 Guthrie Govan To Be Featured Guest Artist On Prog Ensemble Potter’s Daughter’s Explosive New Full-Length Album “Close to Nearby” To Be Released On September 30, 2021!

The album will be available digitally and on CD. Limited-edition vinyl with accompanying Art Book will be released later this Fall!

Prog ensemble Potter’s Daughter will be releasing their second full-length album “Close to Nearby” featuring guest guitarist, Guthrie Govan, on September 30, 2021!  Also appearing on the album is the legendary drummer, Simon Phillips! The album will be available digitally and on CD, with limited-edition vinyl and accompanying Art Book being released later this Fall! 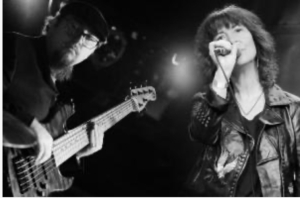 Potter’s Daughter (MRR) was formed in NYC while Dyanne was studying classical piano performance at the Manhattan School of Music. The group performed regularly in NYC, as well as in northeastern PA. Potter’s Daughter has been featured on radio, TV, and in national and international magazines and blogs. Potter’s Daughter released their debut album, “The Blind Side,” in August 2018. In 2019 they released two singles; “Blood and Water,” featuring Annie Haslam (Renaissance) as guest artist, and the holiday single, “This Winter’s Child,” which was composed for the MRR Holiday album.

In March 2020 they went on tour with MRR labelmate Joe Deninzon & Stratospheerius, and Dark Beauty. They were also invited to participate in several online festivals, including The Uncancelled Music Festival (April), The WorldWide Prog and Rock Virtual Festival (May), and the ProgStock Presents Festival. (August).

In October 2020, Potter’s Daughter released their Covid Quarantine EP, “Casually Containing Rage.” The single from the EP, “We Could Be,” was released as a video, directed by filmmaker Serena Kunzler.

In December 2020, Potter’s Daughter was featured in the Limelight section of Prog Magazine, and in the same edition, voted #2 in the Reader’s Poll Unsigned Band Category.

In February 2021, Potter’s Daughter enjoyed the privilege of participating in the debut release (Pyrrha’s Song) for Nick Katona’s “Troubleshooting Pandora’s Box,” together with drummer Jimmy Keegan.

In April 2021, Potter’s Daughter’s music video, “We Could Be,” was chosen as a finalist to compete in the annual American Golden Picture International Film Festival.

Now, with the addition of virtuoso guitarist Guthrie Govan adding his fire to the mix, they plan to release their heaviest work to date. The Artwork for the album cover was created especially for this project by the master artist, Armand Cabrera.

“Jan and Dyanne are evidently partial to doing interesting and unique things in their music so I was very happy to contribute to the record – it was a lot of fun!” – Guthrie Govan (guitarist currently playing with The Aristocrats and Hans Zimmer) 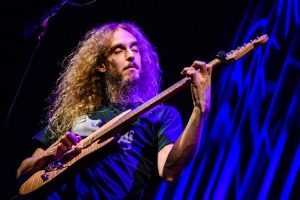 Say Dyanne and Jan of Potter’s Daughter, “There really is no one who plays guitar like Guthrie – truly a pinch-me moment to have him play on our record. He more than deserves his spot in the pantheon of the all-time Greats!”

“It has been an absolute pleasure to play on your music. Very challenging and ever so much fun.” – Simon Phillips (drummer with Protocol, Toto, Hiromi, Mike Oldfield, The Who, Jeff Beck etc)

“On first hearing of Blood and Water I was struck by its unusual and haunting melody and Dyanne’s exquisite voice. To be a part of it was truly a wonderful experience.” –  Annie Haslam (Lead singer of progressive rock band, Renaissance)