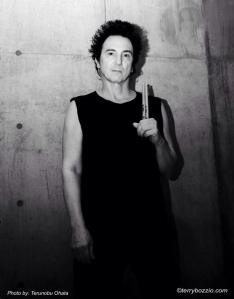 The first group of tracks available for download is called “Simple Moments Series”. The concept was to name the “moment”. For example the track “Something to drive to”, then the title which is “Beck”.

2. Something to think about: $6.99
“Re: Mussorgsky”
Neo Classical Piano Trio w/ Fretless Bass & My Drums. I improvised on live piano (poorly) then corrected and composed around that.

5. Something strange: $2.99
“Farm Bells”
I sampled nearby farming machinery: A plowing or tilling device with different sized steel discs & made a drum part out of it. OutTrio inspired, semi-classical Guitar, Bass & Metal Drum piece.

6. Something to dance to: $2.99
“Five Nations: Arise”
Recalls my Native American experience performing Tony Hymas’ “Oyate” project, from which sprung the Lonely Bears.

7. Something to gaze at: $3.99
“Still Life”
A jazz piece I wrote while still in College! Explores different poly-chords over a pedal tone.

10. Something to go deep with: $3.99
“Underwater”
Electronic, Submersive Ambience

I’ve never finished it over the years until now, because of technology problems (computer not fast enough to mix – midi & sync problems, & not enough track space to do overdubs etc!) but I always liked the compositional approach to the drum parts! I look at it as a missing link between guitarshop, and melodic drumming & the ostinato! The period after recording the drums included doing the lonely bears & polytown & changing to Mapex, then DW as well.

I have a new track to release. It’s called “Advent”. It’s the first in the Terry Bozzio Solo Project 1991 series. I went into Jeff Burton’s garage studio (he is the son of Elvis Presley’s famous guitarist James Burton!), with Missing Persons’ Live Sound Engineer (who has been my dear friend from the very beginning of that band), Gary Epstein. We recorded my drums on Jeff’s 16 track 2” machine.

We managed to get 9-10 tracks down with a beatbox for a hybrid sound. With no idea of what it would ultimately be, I tried to improvise composed beats along with the beat box and create different sections, based on what felt was natural to do next. I had the concept of overdubbing the music on it later.

One thing we tried right away was to float in some vocal stuff I had done with Patrick O’Hearn in his studio at previous session a year before. The result was very good and inspired me to do more with other previous recordings. At that time I was living near Jeff in Studio City and had converted my garage into a little studio too. I called it White Rooms. I had a 3M 79 16 track 2” machine (bought from Gary Wright!) as well, & some early midi equipment and started to drag the midi overdubs via a sync tone from the 3M. A very slow and tedious process at the time!

But the magic was that 2 of my previously recorded vocal tracks, just done in free space up in Oregon w/ Pat, using my vocoder, synced up unconsciously, but perfectly with 2 of the drum track’s structures! So it was meant to be.

I’m still not finished with all the tracks, but I have 4 almost ready to go, & coming soon! This is the first and it’s called “Advent”. It means “a coming”. Burning drums, Bulgarian Folk Singing, and driving sequencer parts. I hope you like it!

This entry was posted on Monday, January 23rd, 2017 at 23:29 and posted in Press Release, Terry Bozzio. You can follow any responses to this entry through the RSS 2.0 feed.
« Swedish Prog Ensemble Carptree Recording New Album “Emerger” To Be Released On Reingold Records!
Award Winning Movie Score from “Tanna” To Be Released February 10, 2017 – Film Now Nominated for an Academy Award for Best Foreign Language Film »