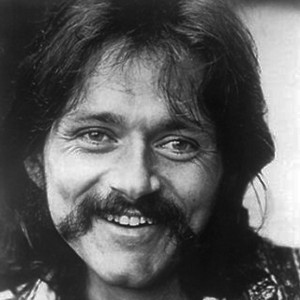 Camarillo, CA – Marshall Blonstein’s Audio Fidelity and Jesse Colin Young of Pigfoot Music LLC are pleased to announce a distribution agreement to release 180g vinyl and DVD recordings from the critically acclaimed artist’s highly regarded catalog. While lead singer of The Youngbloods his legendary rock band took the nation by storm when their single Get Together became a worldwide Top 10 hit and a prominent soundtrack for peace.

After seven albums with the group, Young released more than 15 celebrated solo albums including Song for Juli a work many critics agree is his solo masterpiece. This popular album will be the initial Pigfoot Music release to be distributed by Audio Fidelity beginning in April. Following 1971’s Song for Juli four more albums charted over the next three years, Light Shine in 1974, Songbird and On the Road in 1975 and Love on the Wing in 1976. Each of those solo albums contained breakthrough tracks from country fusion to jazz fusion to blues rock that received airplay on radio stations across America.

Jesse’s musical accomplishments are many, including performing with Led Zeppelin, The Grateful Dead and Janis Joplin in 1969; touring with Crosby, Stills, Nash & Young in the summer of 1974; from walking off the Johnny Carson show, to singing for Native American rights. Get Together has been heard from the 13X-multi-platinum Forrest Gump soundtrack in 1994 to the widely seen Luv’s commercial in 2010. Darkness Darkness, written by Jesse, was the theme song for the James Cameron movie Ghosts of the Abyss in 2003. A cover of the song by Robert Plant won the Grammy for Best Rock Vocal in 2003 and remains a popular cover song for many bands.

The Queens, NY native recorded his first album, The Soul of a City Boy while living in the Greenwich Village in 1964. He recorded a second album, Young Blood, featuring supporting musicians, including John Sebastian and Peter Childs. After the two solo albums, he then formed The Youngbloods which included guitarist Jerry Corbitt, whom he met on the New York to Boston club circuit, and keyboardist/guitarist Lowell “Banana” Levinger, and drummer Joe Bauer. Get Together appeared on their 1967 debut album and re-released as a single in 1969, after the heartfelt refrain of “Come on people now, smile on your brother” was used as the television theme for the National Council of Christians and Jews.

During the 1970’s, Jesse helped establish the “No Nukes” movement. Involved from the very beginning, he closed the 1979 “No Nukes” concert and movie singing the iconic Youngblood’s anthem Get Together, joined by legends Jackson Browne, Stephen Stills, and Graham Nash. Throughout the 1980’s, Jesse toured as a solo artist, often appearing at fundraisers for various organizations.

Throughout his professional life of recording and touring, Jesse has also taken the time to dedicate his life to giving back to the world. He has performed on behalf of organizations ranging from the Dream Foundation to the Kona Pacific Waldorf School to the Saratoga WarHorse project for veterans. Always holding environmental accountability, care for our returning veterans, and quality education as a moral code of action, Jesse remains committed and active as an individual and performer. Jesse has also been an organic coffee farmer for 25 years.

This entry was posted on Monday, February 1st, 2016 at 23:57 and posted in Audio Fidelity, Jesse Colin Young, Press Release. You can follow any responses to this entry through the RSS 2.0 feed.
« Jazz/Fusion Legends Mike Clark, James Genus & Dave Stryker To Play The Iridium In NYC – Feb. 10, 2016
Rick Wakeman Releases Piano Version of Life on Mars in Aid of Macmillan »