Ex-Yes Frontman Jon Anderson Opens Up About Getting Fired As the band gets ready to release a new album and go on tour, Anderson is still bitter about how he was treated

*This article was originally posted By ANDY GREENE on JULY 6, 2011 4:40 PM ET @ www.rollingstone.com 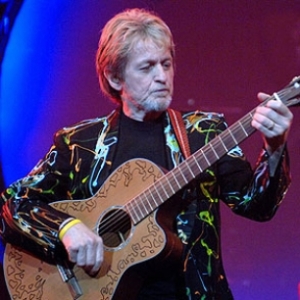 When Rolling Stone posted the new Yes song “We Can Fly” last month it didn’t just provide fans of the legendary prog band the first glimpse into the band’s new album – it also allowed former lead singer Jon Anderson to check out what his band has done in his absence. “I wasn’t really convinced,” he tells Rolling Stone. “The new singer is singing good, but it sounded a bit dated to me. Also, the production wasn’t as good as I expected. They’ve got a great producer with Trevor Horn, so what the hell are you doing?”

Anderson has reason to be bitter. He co-founded the band in 1968 with bassist Chris Squire, and with the exception of 1980’s Drama he sang on every album. In 2008 – after illness kept him off the road for four years – Yes replaced him with Benoit David, an Anderson sound-alike who previously fronted the Yes tribute band Close to the Edge.

Nobody in the band called Anderson to tell him the news – he had to hear it from a friend. “They didn’t tell me anything,” he says. “They were just off and running. But what can you do? I was pissed off in the beginning, but then you say, ‘Oh well, the boys want to go on tour and be rock & rollers. Let them to do it.’ Now people come see me and I’m suddenly 30 years younger!”

Exclusive: Listen to ‘We Can Fly,’ the First Yes Single in 10 Years

Even before getting unceremoniously replaced, Anderson… had grown disillusioned with Yes. The group toured relentlessly in the early 2000s, even as Anderson’s health declined. “I was coughing so much that the only time I wasn’t coughing was onstage,” he says. “I just needed a break, but the guys were upset about that.”

Anderson travelled on a bus with keyboardist Rick Wakeman, while the other three Yes members (Chris Squire, Alan White and Steve Howe) travelled on another one. “We had the happy car,” says Anderson. “They were in the grumpy car.”

Those two buses now travel on separate tours. Anderson now tours with Wakeman as an acoustic duo, playing a set heavy on Yes classics. Yes originally replaced the elder Wakeman with his son Oliver – but he recently got replaced by ASIA’s Geoff Downes. “People get into that place where they don’t care about people,” says Anderson. “To them, it’s just business.”

So far, Anderson/Wakeman have just toured Europe – but in the fall they’re finally headed to America. “We’re bringing it to the East Coast around the middle of October through the middle of November,” he says. “We’ll do Yes songs, but we’ll concentrate more on the new album. I sing more doing these shows than I ever did with Yes. I don’t have to say, ‘Turn down the bass, Chris!'”

Anderson keeps a much lighter tour schedule than Yes, who often do five or six shows a week. “I would never do that kind of tour,” says Anderson. “It’s stupid. Some people haven’t got a life I suppose. They want to be on the road all the time.” Guitarist Steve Howe performs with ASIA when Yes are off, which means maintaining a punishing schedule. “He hasn’t got a home,” says Anderson. “He’s a journeyman, like Willie Nelson.”

Despite all the turmoil, Anderson doesn’t completely rule performing with Yes again someday. “If we ever get into the Rock and Roll Hall of Fame we’ll all get together,” he says. “We’ll give each other a hug and let bygones be bygones.” How about a reunion tour? “You never know,” he says. “It would have to be two or three shows a week, though.”

In the meantime, Anderson remains focused on his solo career. Last year he released Survival & Other Stories. In a unique twist, it features contributions from online fans. “There’s so many talented people out there,” he says. “Using the Internet as as vehicle to work with people is fascinating. It’s sort of a Pandora’s box of energy for me.”

This entry was posted on Saturday, July 23rd, 2011 at 14:42 and tagged with Jon Anderson, Rolling Stone and posted in Jon Anderson, Media Hits, Promotion. You can follow any responses to this entry through the RSS 2.0 feed.
« Jon Anderson on Being Booted From Yes: ‘Anger Isn’t There’ – Billboard.com
Santana / Journey Legend Gregg Rolie To Play Put In Bay, OH »